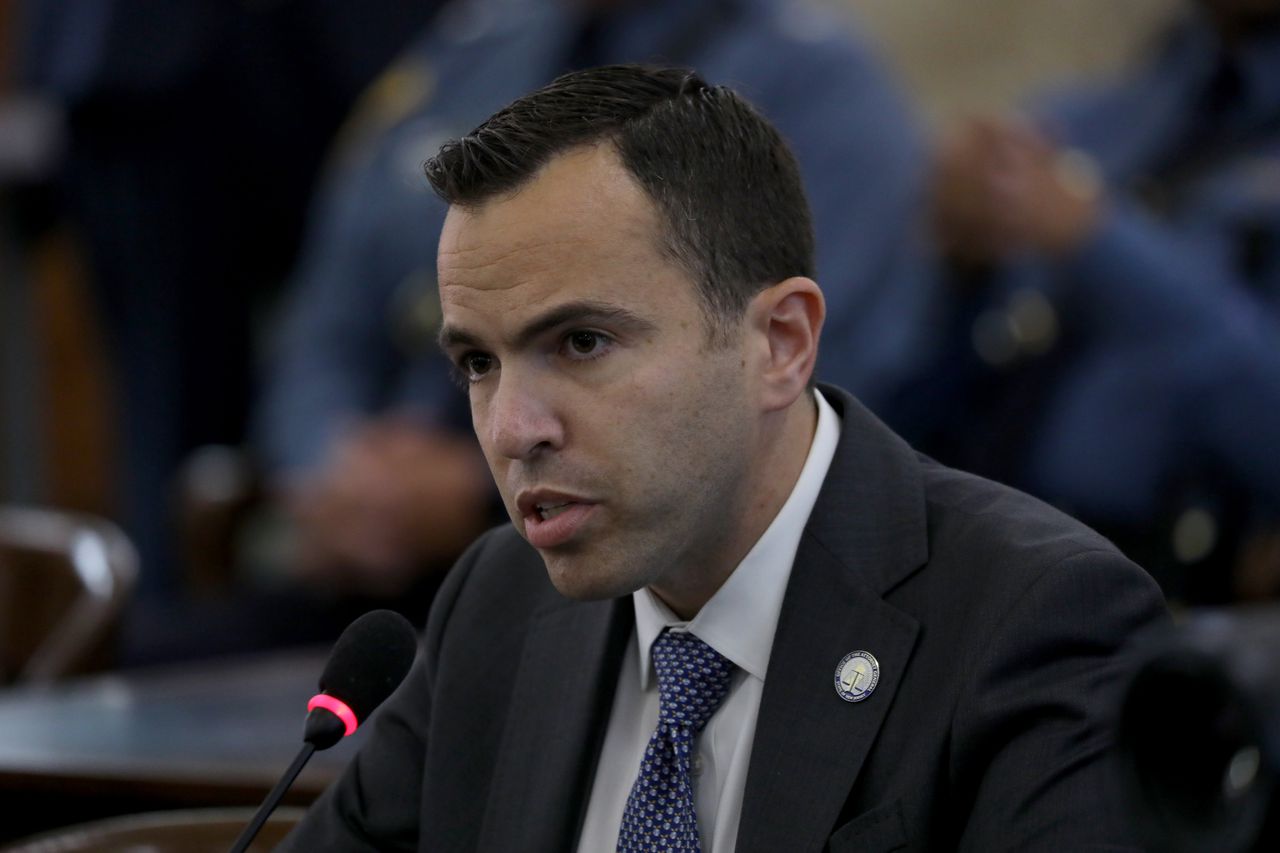 One of the governments. Phil Murphy A close adviser was confirmed Thursday for New Jersey’s top law enforcement post, despite objections from state Republicans to the appointment.

Matthew Platkin was confirmed by a 24-10 vote, with three Republicans joining the Democratic majority.

The 35-year-old Montclair resident has served as acting attorney general since Murphy, a Democrat, chose him in early February.

The official appointment as attorney general — one of the most powerful government positions in the United States — was another step in Platkin’s meteoric rise. Described by colleagues and critics as a smart — even cunning — attorney who spent just eight years as a member of the bar, Platkin burst onto the New Jersey political scene on the ground floor of Murphy’s 2017 gubernatorial campaign.

He was one of Murphy’s earliest advisers and served as chief legal officer in the governor’s office until he left for private practice last year. He did not immediately return a request for comment, but when he was appointed in February, he vowed to use his top law enforcement position to bridge the divide between police officers and the communities they serve.

“We must recognize that for too many, the trust between law enforcement and the communities we serve is broken,” Platkin said at the time. “We will redouble our efforts to restore that trust.”

Platkin has no experience as a prosecutor, but Murphy said he has “strong legal skills” and “empathy” for the job — which includes overseeing state police, district attorneys, the state Department of Law and Public Safety and any litigation . filed by the state

Platkin announced recently the state launches new office to sue firearms companies for firearm deaths when firearms are used in violation of existing state laws. He also made the fight against car theft a major focus of his tenure.

He faced scrutiny because of his handling of the sexual assault scandal during Murphy’s first term involving campaign staffer Kathy Brennan, and the state’s sex education program and Murphy’s executive order, which effectively shut down businesses during coronavirus pandemic.

State Sen. Holly Schepizzi, R-Bergen, called it a “very difficult vote” but expressed concern about Platkin’s lack of experience and his handling of the Kathy Brennan scandal.

“There’s no doubt that Mr. Platkin is smart and has a very good future,” said Schepizzi, who voted against. “However, brilliance does not equal the experience required to oversee 1,700 employees as the state’s chief legal officer.”

“For too long this state has been run by people who think they can do whatever they want because they control the Attorney General’s Office,” Cowdy said. “I want someone who is independent, who will do the right thing, who is not afraid to go after the bad guys.

“Let’s give this young man a chance to do what’s right.”

The position of New Jersey Attorney General is unique in the state and nationwide. New Jersey’s attorneys general are appointed, not elected, as in many other states. And in addition to overseeing the state police, the AG also has direct oversight authority over all 21 district attorneys and, by extension, every police chief and constable in the state.

The position also covers a number of specialized departments in the State Law Division, which is effectively one of the largest law firms in the state, defending state agencies in litigation and initiating civil actions to protect consumers.

Our journalism needs your support. Please sign up today at NJ.com.

S. P. Sullivan can be reached in ssullivan@njadvancemedia.com.

Measures for a new Liberty State Park plan are being implemented...

A 12-year-old boy is shot dead in Brooklyn after being shot...