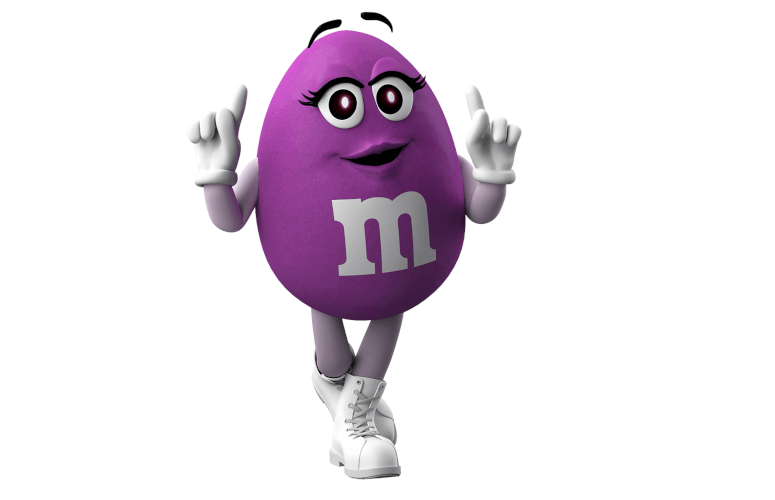 For the first time in a decade, M&M’S®part of Newark-based Mars Wrigley is expanding its famous crew by introducing a new character and spokesperson named Purple.

According to Mars Wrigley, the new character is designed to represent acceptance and inclusiveness, and will be known for his candid self-expression. Sharp self-awareness, authenticity and confidence are the driving forces behind Purple’s charm and whimsy, the company said. She joins the legendary cast of M&M’S characters, who were recently updated with updated looks and more detailed faces in January.

“Mars is thrilled to debut the newest member of the M&M’S cast to the world. There is so much about our new face that people can relate to and appreciate, including her willingness to embrace who she really is – our new character reminds us to celebrate what makes us unique, said Jane Hwang, Global Vice President, Mars Wrigley. “The story of our cause is just beginning, and the introduction of our newest M&M’S spokescandy is the next chapter as the brand continues to delight fans with entertainment as only M&M’s can.”

To celebrate their global debut, Purple uses the power of music to showcase their individuality by releasing their first music single and video. Entitled “I’m Just Gonna Be Me,” the musical debut features the talents of saxophonist Grace Kelly, dance and choreography professionals Devin Santiago and Col Kag, opera singer Anthony Roth Costanza, and special appearances by the rest of the M&M’S team, including Red. , yellow, orange, brown, blue and green.

As part of M&M’S FUNd, a global initiative designed to track the brand’s impact on its mission to empower ten million people by 2025, “I’m Just Gonna Be Me” will be available on all major music streaming platforms. and will support inclusive arts and entertainment. For each stream, a donation of one dollar (up to five hundred thousand dollars) will be made to Sing for Hope, a non-profit organization that uses the power of art to bring hope, connection and purpose to millions of people around the world through music.

Most hospitalized patients with COVID still recover a year after discharge

After historic Jets TD catch, Zach Wilson says ‘I have the...