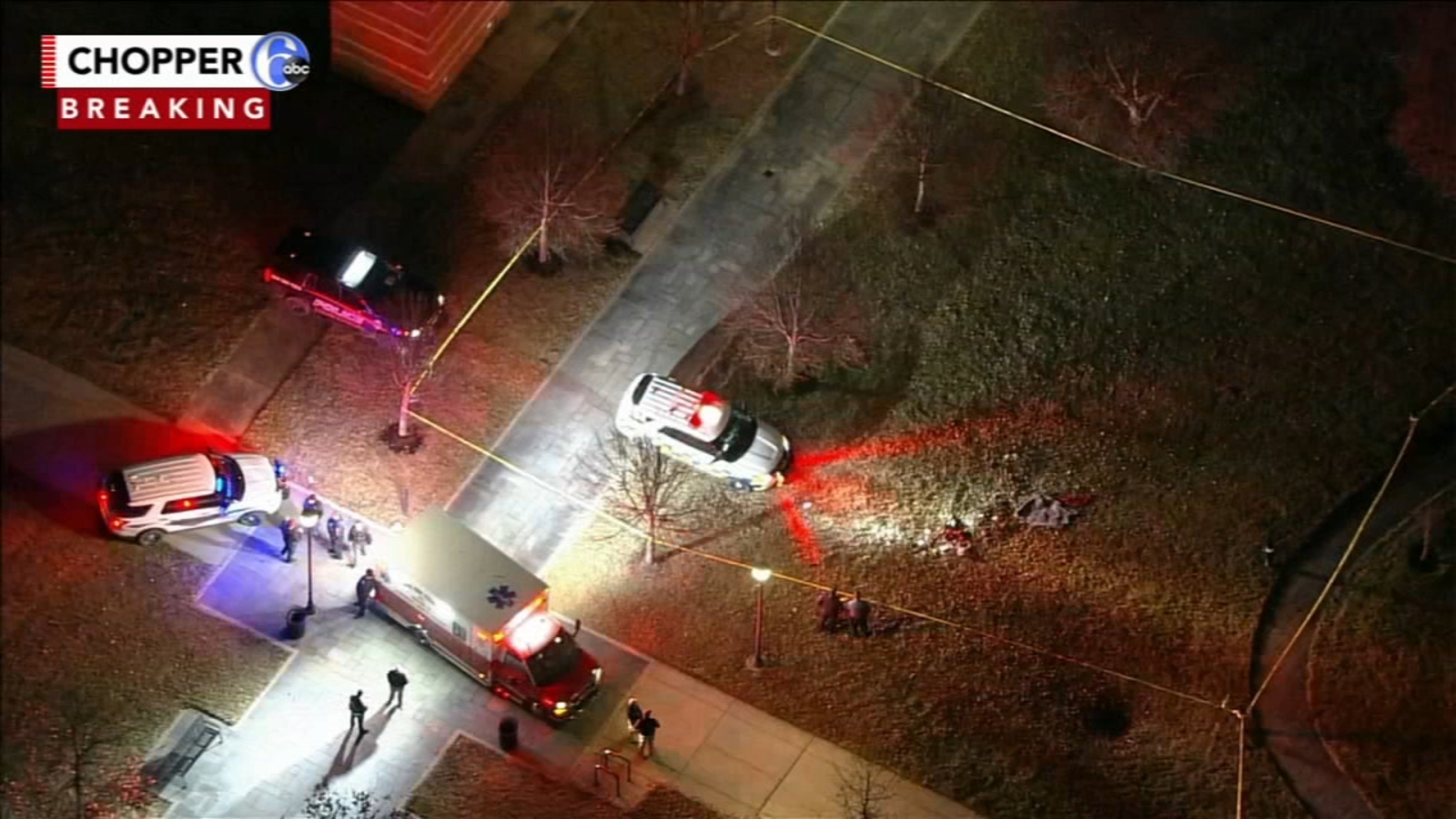 The incident was first reported at 9:30 p.m. Wednesday in the 1,500 Baltimore Pike quarter.

Helicopter 6 over campus showed police cars and an ambulance surrounding the scene.

Authorities focused on piles of garbage on the lawn.