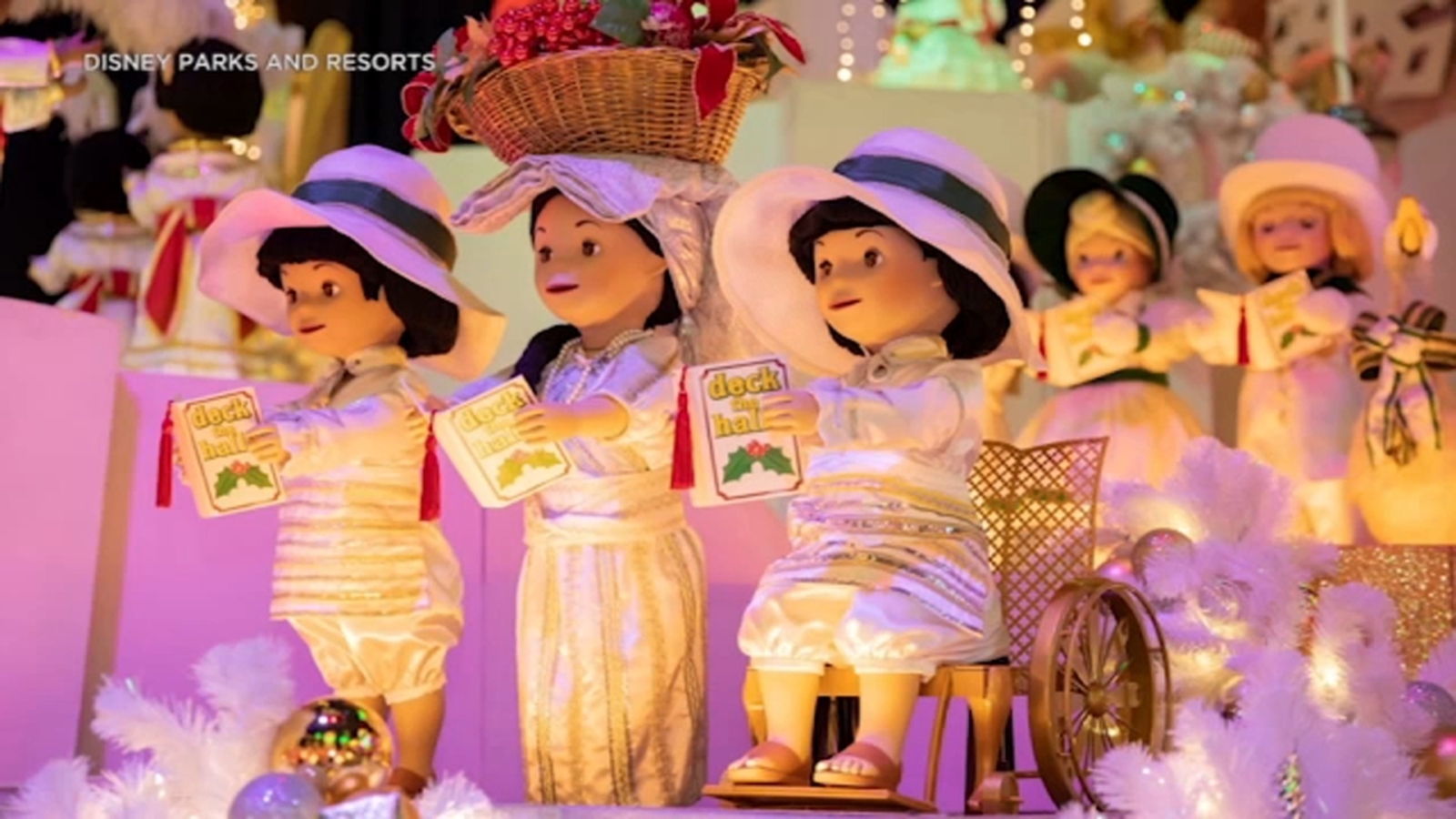 ANAHEIM, Calif. — For the first time in Disneyland’s 67-year history, the attraction features characters in wheelchairs.

On Friday morning, two dolls in wheelchairs were unveiled at the It’s a Small World theme park ride, a project that took more than six months and involved both Disney creatives and the park’s accessibility team.

The change was part of an ongoing effort to examine the resort “with a magnifying glass” for opportunities to incorporate, said Kim Irvine, executive creative director of Walt Disney Imagineering for the Disneyland Resort.

The attraction, designed by Disney artist Mary Blair, opened in 1966 in Anaheim after being introduced at the 1964-65 World’s Fair in New York.

The same attraction has been added to other Disney parks around the world, where guests board a boat and sail through different countries with more than 300 Audio-Animatronics representing children from around the world.

Irwin said the new additions fit in with the spirit of the original attraction.

“What a wonderful story that Walt and Mary Blair and the original Imagineers put together about the children of the world and our unity under one bright sun — and how we should really rejoice in that together.”

The dolls, now in wheelchairs, were originally standing. Irvine said the same characters, wearing the same clothes, were recreated in a seated position in wheelchairs created to match Mary Blair’s style.

One puppet is in the scene of the attraction in South America, and the other appears in the final scene, where puppets from many countries sing together.

The Disneyland ride reopened Friday after a brief closure to add those dolls and install holiday decorations for the release of It’s a Small World Holiday, which runs through early January.

While holiday decor is seasonal, dolls in wheelchairs are a permanent fixture.

Dolls with wheelchairs are also expected to be added to It’s a Small World at Walt Disney World and Disneyland Paris next year.

“I think it’s definitely something that the original Imagineers would have embraced and thought was wonderful that we’re considering this kind of thing,” Irwin said.

“We’re always looking to improve our attractions not only with interesting things, but also with meaningful things. And keeping up to date with what’s going on in the world, and especially, you know, doing new things.

“I know we never want our rides to become so predictable that you can ride them with your eyes closed and know what’s going on. We like to constantly surprise you with new and important things, especially relevant ones.”

Erin Quintanilla, accessibility manager for the Disneyland Resort, said it was a historic moment.

“I feel seen. I feel represented. It’s a monumental moment for my community to be in the attraction and represented,” said Quintanilla, who uses a wheelchair. “I cried when I saw them on the ride.”

Quintanilla said her team was approached by Disneyland creatives who wanted to add these dolls. Her accessibility team made sure the look was authentic, right down to the angle of the dolls’ feet on the wheelchair footboards.

“We wanted to make sure that this is a person in a wheelchair moving through life independently. So we didn’t want the wheelchair to feel like a hospital-style wheelchair. You’ll notice that in the design it’s beautifully crafted to align in style Mary Blair,” Quintanilla said.

“But the wheelchair has some details, like the rim, so that the doll can move through the story the way I move through the world. So it’s very special for those details to be accurate,” Quintanilla said.

Other changes from Disney

No new puppets have been added to the Disneyland version of this attraction since 2009.

At that time, the Spirit of America room was added, including three Native American dolls and characters from the movie Toy Story.

More dolls of specific Disney characters have been added throughout the attraction.

As part of a general effort to improve integration and diversity at its theme parks, Disney recently announced that it will be changing its theme park, Splash Mountain, which is based on characters from “Song of the South,” to a theme inspired by “The Princess and the Frog.” with Disney’s first black princess.

Jessica Bill shares how she found parallels to her life in...

All the lies that law and order have told us

Joe Barrow shares an alternative career path that he has considered