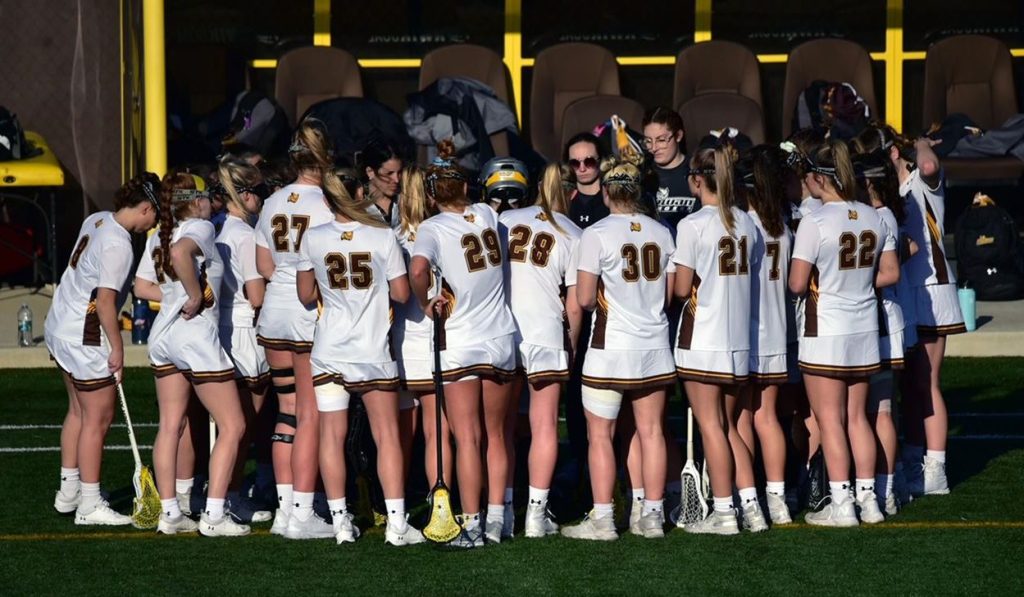 GLASSBORO – Ashley Lehlitter and Shannon Sterner scored three goals each to lead Rowan University Women’s Lacrosse team to a 17-6 victory over Ursinus on Wednesday in the first season for both teams and in the first game for the Profs when they moved home. at the Rowan Football and Lacrosse Complex.

Profs scored two goals each from Jamie Cattreri, Erin Renshaw and Molly Green in her debut squad, while Juliana Corsan had two goals and two assists. Elise Cohan threw the pair and gave the assist in the win, and Hannah Lombardo also scored.

Although Ursinus came out on the board first and led 2-1, the Profs scored four goals in a row on goals from Corsan, Renshaw, Lehlitter and Green to come out ahead with a score of 5-3 at the end of the first quarter.

In the second quarter, the Profs beat the Bears 5-1 and took a 10-4 lead at the break. Sterner and Green started scoring from the penalty spot, then moved on to Lombard, Kohan and another goal from Lechliter’s penalty spot.

Renshaw assisted in Lechlitter’s goal to open the Profs score in the third and then scored one of his own in a vacant position. Sterner scored with a score of 5:28, and Kutrera scored in the 12 seconds left in the third quarter, giving Rowan a 14-5 lead.

Rowan scored a 10-goal lead early in the fourth when Corsan scored in a free position at 10:22 and Sterner added another at 7:21. Ursinus could have scored another goal before the Profs closed it when Kohan scored a pass from Micaela Donnelly.

Starting goalkeeper Reilly Shaup made 11 saves a day, and Mel Rogers finished the win in the final five minutes. Rowan outscored the Bears, 36-25, and forced Ursinus to overcome 17.

Rowan will set off on March 1 to meet the № 1 team before the Salisbury season and then with Stevens on March 5 before returning home on March 9 to play with Washington, Maryland.

Lawmakers and drivers say New Jersey should get rid of front...