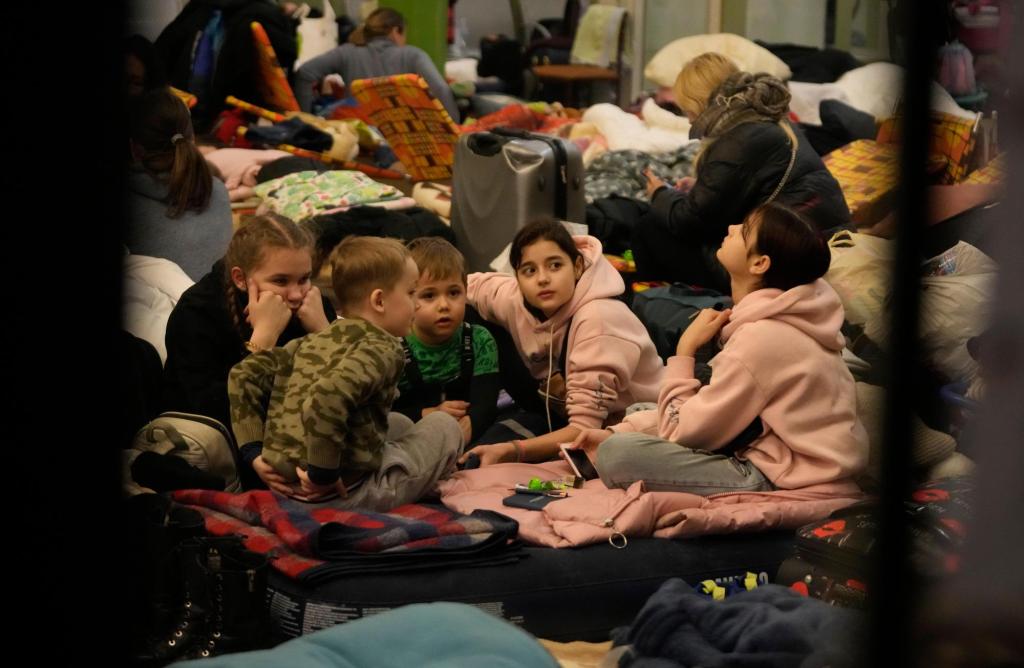 Delegations from Russia and Ukraine are expected to hold talks in Belarus on Thursday, the second round of face-to-face discussions since the Russian invasion eight days ago.

In a video message to the people on Thursday morning, Ukrainian President Volodymyr Zelensky called on Ukrainians to continue resistance, but did not comment on whether the Russians had captured any cities.

“They will not have peace here,” Zelensky said, urging Russian soldiers to “go home” and describing them as “confused children who were used.”

His comments come after Russia for the first time since the start of the invasion admitted that nearly 500 Russian servicemen had been killed in the fighting and about 1,600 wounded. Ukraine has not released a similar figure for casualties to its armed forces.

The UN Office for Human Rights reports that at least 227 civilians have been killed and 525 injured since the February 24 invasion of Ukraine. The State Emergency Service of Ukraine reported that more than 2,000 civilians were killed, although it was impossible to verify the allegation.

Meanwhile, the UN refugee agency said 1 million people had fled Ukraine after an invasion by Russian troops last week. The UN General Assembly also condemned the invasion and called on Russia to withdraw its troops from Ukraine.

Russia’s Foreign Minister has stated that Moscow is ready for peace talks, as a regular meeting of Ukrainian and Russian officials will take place in Belarus on Thursday.

Ahead of the meeting, Sergei Lavrov told reporters in Moscow that Russia would put pressure on its military action in Ukraine to achieve its goals, mainly “demilitarization of Ukraine”, but added that Ukrainians would choose which government they should have.

The talks are expected to take place in the Brest region of Belarus, which borders Poland.

AND WHAT IN UKRAINE?

According to the mayor, the explosions, which were heard at night by journalists of the Associated Press in the capital Kiev, were missiles shot down by air defense systems of Ukraine.

A 40-mile (64-kilometer) column of Russian tanks and other equipment remains outside the capital, Kyiv. The city was hit by a deadly shelling.

UN High Commissioner for Refugees Philip Grandi wrote on Twitter that 1 million refugees had fled Ukraine to neighboring countries in the past seven days. This is more than 2% of the population of Ukraine, although some of those fleeing Ukraine are citizens of other countries.

The EU Commission says it will provide temporary residence permits to refugees fleeing violence and allow them to study and work in a bloc of 27 countries. This step will require the approval of Member States that have already expressed broad support.

The UN General Assembly voted on Wednesday to demand that Russia stop its offensive against Ukraine and withdraw all troops, while countries from world powers to small island nations condemn Moscow. Voted 141 against 5 with 35 abstentions.

The resolution expresses regret over Russia’s “aggression” against Ukraine “in the strongest terms.” General Assembly resolutions have no legal force.

However, China insists it will continue trade with Russia, and has refrained from criticizing the war in Ukraine. Meanwhile, Hungary said on Thursday that it would not allow any arms supplies to Ukraine to cross its territory.

HOW DO SANCTIONS AFFECT RUSSIA?

In Washington, the White House announced additional sanctions against Russia and Belarus, including expanding export controls aimed at Russian oil refining and organizations that support both countries’ military. The United States is also joining Europe and Canada in closing its airspace to Russian airlines.

In addition, Airbus and Boeing have said they will stop parts and technical support for the country’s airlines. The vast majority or the Russian passenger fleet consists of French Airbus and American Boeing.

The German group Volkswagen has decided to stop all its business in Russia, including its subsidiary Skoda Auto, which is stopping production at two Russian plants and all exports to Russia.

Similarly, the Swedish furniture retailer Ikea says it is closing its operations in Russia, suspending all exports and imports to Russia and Belarus and abroad, and the decision “will have a direct impact on 15,000 IKEA employees.” Stockholm-based clothing retailer H&M has also said it will temporarily suspend all sales in its Russian stores and temporarily close its stores in Ukraine.

HOW DOES IT WORK IN RUSSIA?

French authorities said Thursday that they had seized a yacht linked to Igor Sechin, an ally of Vladimir Putin, who runs Russia’s oil giant Rosneft, as part of EU sanctions for Russia’s invasion of Ukraine.

Russian billionaire Roman Abramovich confirmed on Wednesday that he was trying to sell Chelsea Premier League football club for at least $ 2.5 billion. He said that net proceeds from the sale would be donated to all victims of the war in Ukraine.

“Formula 1” canceled the Russian Grand Prix in Sochi in September and terminated the contract with the race.

Don’t want your headphones to clean themselves? These can

Crohn’s disease remission: what is it?

Rutgers’ opener against Boston College is a FAMILY affair for Greg...