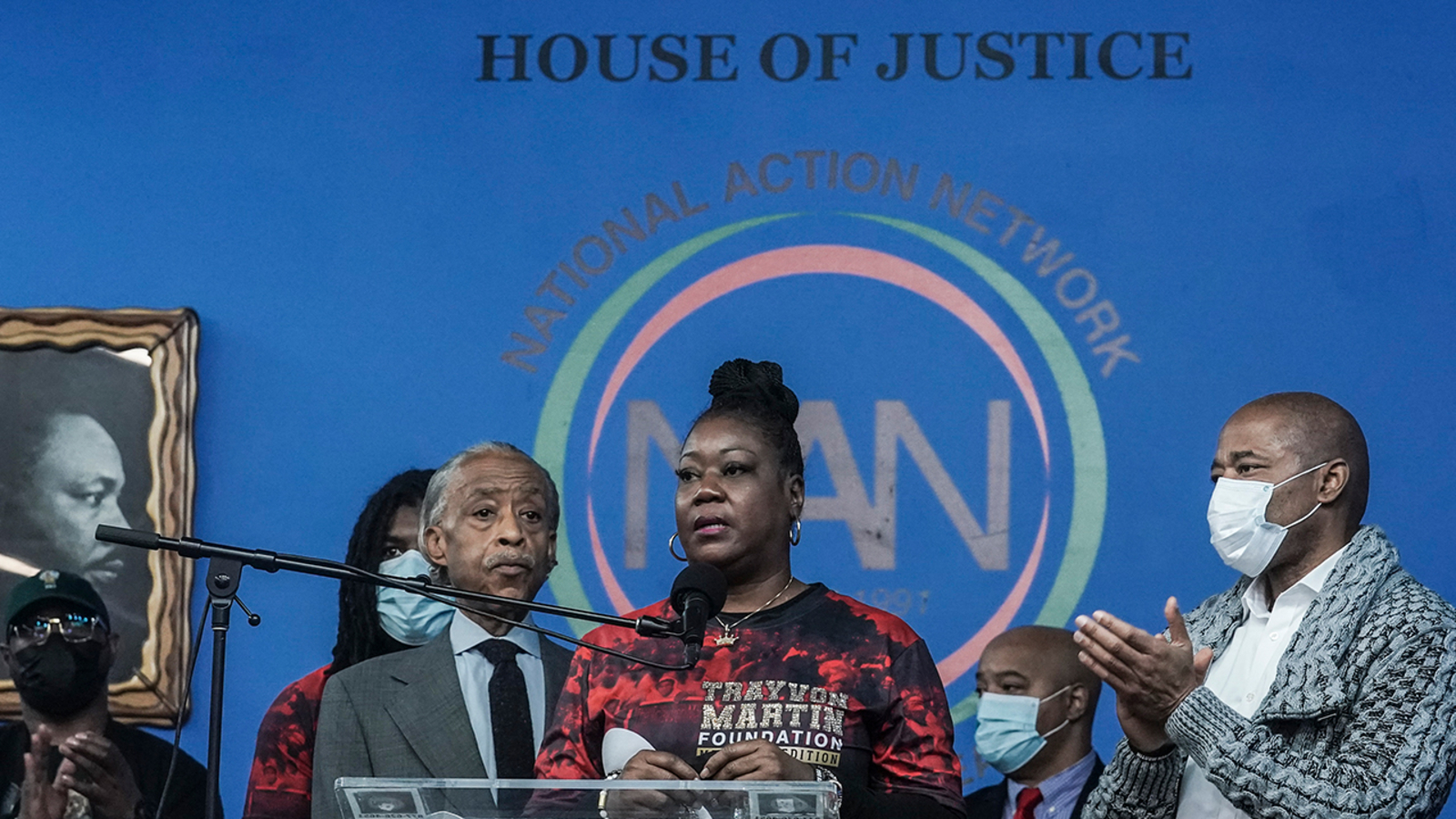 She told an audience that included Sharpton and Mayor Eric Adams that she wanted to be there to support her supporters.

Adams, a New York State senator at the time, was among several black lawmakers who wore hooded sweatshirts at a 2012 legislative session to draw attention to the death of a 17-year-old boy in Sanford, Florida.

Trayvon Martin was wearing a similar sweatshirt when he was fatally shot while returning from a shop while visiting his father in a gated community on the outskirts of Orlando.

George Zimmerman, a member of the community, ran into the teenager and shot him after he reported him to authorities as a suspicious person.

Zimmerman, who told authorities that Martin attacked him, was acquitted of second-degree murder in 2013.
The shooting has shifted attention to race and justice in the United States. Sharpton, who initially met with Martin’s family and their attorney, Ben Crump, as they worked to draw attention to his death, on Saturday compared Martin’s legacy to the legacy of Emmett Thiele, a Chicago teenager whose 1955 Mississippi lynching sparked civil rights movement.

“Today is a bitter day,” said Fulton, who co-founded the Trayvon Martin Foundation with her family to raise awareness of gun violence. “I thank God for all the Trayvan Martins you don’t know, all the young girls who were shot and killed, and our black and brown guys who were shot and killed and you don’t know their names. Thanks for standing up for them. Thank you for praying for them. Thank you for supporting them. They need you. They need your vote. And if you don’t do anything, don’t give up. “

Adams praised Fulton for “turning pain into a goal.”

Anita Pointer, founder of The Pointer Sisters, has died aged 74

Celebrate the 2022 AIG Women’s Open with this must-have LPGA gear...

Wilco has released a new song “Cruel Country” with the plot...