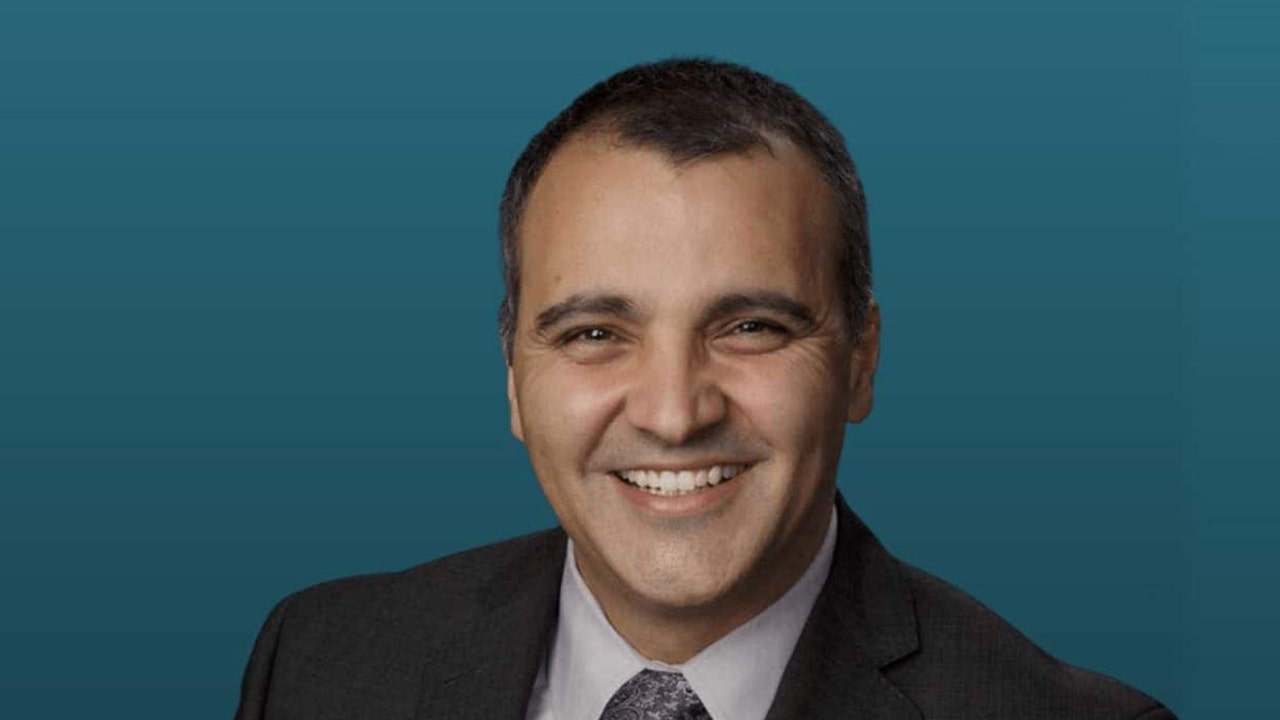 Two fathers had gotten arrested for allegedly disturbing school board meetings after one of them mentioned a court proceeding against Azaiez. The school district suspended Azaiez last month after the Texas Education Agency recommended suspension due to the accusations the superintendent faced from his former girlfriend.

The Travis County District Court provided Fox News with “An Application For A Protective Order” (redacted version here) against Azaiez. Attorney General Ken Paxton ordered the document released, according to Texas Scorecard. In that document, a woman who identified herself as Azaiez’s girlfriend from Sept. 2018 to Dec. 2020 and then from Feb. 2021 to June 2021 claimed that when she told Azaiez she was pregnant with his child, he demanded that she get an abortion, and when she refused, he assaulted her in her home, which put her in danger of a miscarriage.

When the woman informed Azaiez of the pregnancy on June 24, 2021, he had just signed a contract to become the Round Rock ISD superintendent. “He was very worried about the possibility of losing his job,” the woman wrote in her application for a protective order. “He was very angry and accused me of doing this on purpose to destroy his career and family.”

“Mr. Azaiez then started to threaten me verbally on phone calls and on text messages,” the woman wrote in her application. “He asked me to have an abortion so that he would not lose his career and family. I was very upset at this, and I said no to an abortion and told him that I had made up my mind to have the child.”

When she asked him to go to her doctor’s appointment, he refused, the woman claimed. “He started to really try to intimidate me by telling me he was in a position of power, and he continued to accuse me of defaming him and that he would be fired.”

“I feel very intimidated by this woman Amy Weir the school board president as she is telling everyone I am lying about the abuse,” the woman added.

She claimed that on July 6, 2021, Azaiez came to her home and demanded she get an abortion. “He became so angry he grabbed my arms with force, shaking me and shoving me until he threw me to the floor,” she wrote. “I developed bruises and since this attack and I have had some bleeding and spotting in my pregnancy and have been advised by my physician that I am threatened to miscarry the pregnancy.”

The woman repeatedly referred to this incident as an “assault” in the document. She reported the incident to police, but no charges against Azaiez have been filed.

In a text message chain attached to the document, the woman wrote to Azaiez, “No I will not get an abortion I will pay the consequences as you threatened me. This baby has a heartbeat. I will not kill it.”

“For the last time I am telling you please get an abortion you don’t know what you are getting yourself into,” Azaiez responded. “I will make you pay this you will not make me lose everything … Don’t make me go after you and make you pay the consequences for you and this baby.”

On July 18, the woman called the police, reporting that someone had broken into her home. An iPad, two iMacs, and a diary had gone missing. She suspected Azaiez, although he has not been charged for the crime.

Mary Nix, the attorney representing Azaiez, noted that “all applications for protective orders, including the one to which you refer, contain ‘allegations’ which are unproven and are not ‘facts.’ As I succinctly stated in a January 5, 2022 press release, we have objective evidence that the alleged assault, which is the genesis of this controversy, did not occur and we believe that evidence to be incontrovertible.”

“Finally, knowing that the application to which you refer contains unproven allegations about a personal matter, the Round Rock ISD school board rightfully made its hiring decision based on Dr. Azaiez’s professional qualifications,” Nix added.

Nix did not elaborate on the nature of the evidence, besides repeating that it is “incontrovertible.”

The Williamson County Sheriff’s Office arrested Jeremy Story, a father of seven children who lives in the district but whose children attend school outside it, and Dustin Clark, a father of four children in RRISD schools, on Sept. 17, 2021, on one misdemeanor charge each of “Hinder Proceeding by Disorderly Conduct.”

Jeremy Story getting escorted out of a Round Rock ISD school board meeting.
(Jeremy Story)

The charge against Story traced back to an Aug. 16 board meeting in which Story attempted to voice concerns about Azaiez. During that meeting, then-Board President Amy Weir cut Story off, warning him not to speak about a topic unrelated to the meeting’s agenda. After he uttered the words “protective order,” RRISD police escorted him out of the meeting.

Weir previously told Fox News that “there has never been an attempt to silence Mr. Story.” Jenny LaCoste-Caputo, a spokeswoman for the school district, said, “At no time were speakers not allowed to speak in accordance with state law and board policy at a Round Rock ISD board meeting.”

TEXAS SCHOOL BOARD HOLDS CLOSED MEETING ON SUPERINTENDENT UNDER INVESTIGATION

“I’d provided documents for this [application for a protective] order to the board months ago,” Story told Fox News Digital shortly after the document’s release. “I also testified to them in the school board meeting.”

“In spite of all this proof, five members of the board have worked to hide their own unlawful actions and the superintendent’s,” he added. Neither Azaiez nor members of the school board have been charged with violating the law or have been accused of professional misconduct.

Story claimed that the board had done much to “violate my free speech rights and silence me and put me in jail.”

He called on the TEA to expand its investigation and he demanded that members of the school board investigate “themselves for their own malfeasant actions.”

Story also shared with Fox News documents he obtained through a Freedom of Information Act request: a Travis County Sheriff’s Office report of the break-in on July 18, and an alleged assault report, naming Azaiez and the woman.

For his part, Clark said the publicly available document “confirms my suspicions, and corroborates the information I had been made aware of back in July of 2021 regarding the allegations of assault by the Round Rock ISD Superintendent against his pregnant mistress.” He described it as “shocking” to learn that Azaiez allegedly told his former girlfriend that “Weir had assured him she would help protect him during the fallout from this.”

Weir did not respond to Fox News’ request for comment on these claims. She does not face accusations of professional misconduct.

“The allegations of assault, and allegations of collusion by the Board President are reprehensible, and neither party should be allowed to make decisions that involve the over 45,000 women and children in our school district,” Clark told Fox News Digital. He claimed that when he and others spoke out, “Dr. Azaiez and Board President Amy Weir escalated tensions by collaborating to suppress speech.”

He mentioned a Sept. 14, 2021, school board meeting in which RRISD only set up 18 chairs in a room that accommodates 300 people, and prevented members of the public from entering. “These actions seemed to be an effort to intimidate parents and control the optics by arbitrarily restricting the capacity of parents and community members allowed in the boardroom,” Clark said. He spoke up at that meeting, was removed by police, and was arrested three days later.

He called the board’s actions “further attempts to suppress and intimidate other community members from speaking out about these allegations of domestic violence, and the subsequent effort to ignore and conceal it from the public.” (In Texas, violence against a dating partner would be “dating violence,” not “domestic violence.”) He called on both Azaiez and Weir to “do the right thing by resigning so that this community to begin to heal.”

A rush to hire Azaiez?

Story and Clark, along with two school board members – Danielle Weston and Mary Bone – had expressed concerns about Azaiez during the hiring process. Story had previously claimed to Fox News Digital that Azaiez – who had previously served as superintendent at Donna ISD – “had used the police in his former district to silence a 68-year-old grandmother.” (In both Round Rock and Donna ISD, superintendents command a school board police force, separate from local and state police.)

He presented a June 14 video of police officers delivering a trespass warning to Raquel Gonzales Martinez, an order barring her from setting foot on school grounds for two years. Martinez said she had uncovered corruption, but Donna ISD and LaCoste-Caputo declined to comment on the incident. Fox News does not have evidence corroborating alleged corruption.

Despite these concerns, the five other school board members voted to hire Azaiez rather than wait to investigate him.

Amy Weir, who served as board president at the time Azaiez was hired, declined to comment on the document to Fox News Digital. Amber Feller, the current board president, pushed back on the idea that the board rushed Azaiez’ hiring.

“The superintendent search was in no way rushed,” Feller told Fox News Digital on Thursday. “The process included multiple focus groups with hundreds of stakeholders, five community-wide meetings, and a community survey that yielded 5,000 responses to determine a candidate profile, and followed the typical timeline for a superintendent hire in Texas. The national search began in early March 2021 and Dr. Azaiez was named the sole finalist in late May. A state-mandated 21-day waiting period followed, and Dr. Azaiez was officially appointed in June.”

“The allegations detailed in the court document occured after Dr. Azaiez was hired, so it is not possible for the Board to have heard these allegations prior to his appointment,” Feller noted. “At this time, these are allegations and, as we have stated in the past, no criminal charges have been filed. Given that the Board has engaged an external investigator and is awaiting that final report, I will not be commenting further. Dr. Azaiez remains on administrative leave during the course of the investigation.”

Kerri Rehmeyer, a former member of the board from 2010 to 2017, told Fox News Digital that the process to hire Azaiez was indeed rushed, however.

“The process was rushed,” she said. She compared this process to the process of hiring another superintendent in 2014. “It took a good six months, and this [Azaiez’s hiring] was like nothing.”

Danielle Weston, one of the two board members who urged caution in hiring Azaiez, told Fox News Digital that she would not comment on the claims in the document. However, she did comment on the board’s actions. The five members of the board who oppose Weston and Bone have attempted to censure them.

“I believe the board has failed to find common ground to improve educational outcomes for our 47,000 precious students,” Weston told Fox News Digital after the document’s release. “Instead, the Round Rock ISD board majority continues to insist on doubling down on too many bad decisions to count.”

“The result is that we have seen no improvements in the literacy or numeracy of students, declining teacher morale and a declining student population,” Weston added. “Not every trustee has children in this district but I do and I care deeply about this community that has been ill served by the board for the last eight months. Our kids deserve so much better.”

From Fleabag to Persuasion, the Rise of the Mussy-Haired, Self-Hating Sarcasm...

What Colorado Voters Should Know About the Natural Medicine Health Act...