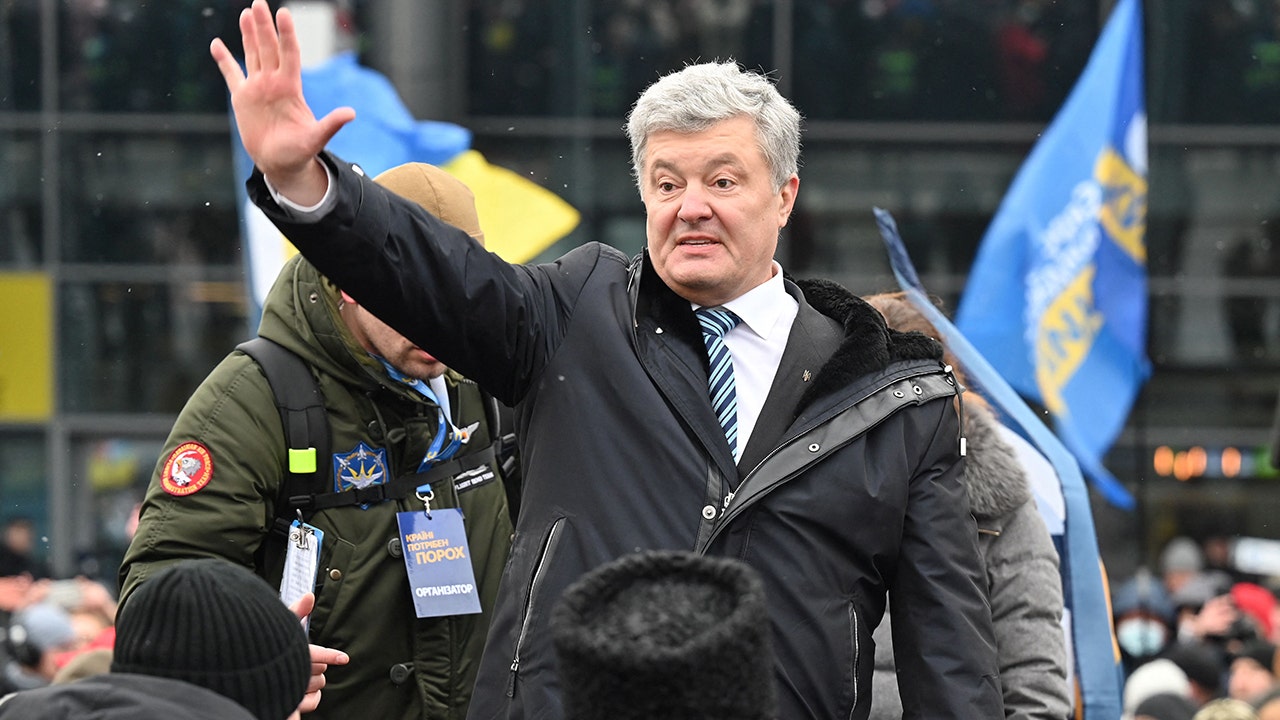 The former Ukraine President Petro Poroshenko was spotted among the citizens of Kiev in battle armor, according to a video on the Internet.

In the video, Poroshenko said that the situation in Ukraine remains difficult Russia besieges the capital.

“We are in the center of Kiev, we are here to defend Ukraine,” – said Poroshenko, who is wearing a body armor. He said Russian troops were “just over 2 kilometers (1.2 miles) from here”.

Former President of Ukraine Petro Poroshenko addresses supporters and the media near the Kyiv Court of Appeal on January 28, 2022.
(Getty Images)

“It’s very difficult to explain. What that means in the 21st century, in the middle Europeto be awakened from a Russian missile attack, from a Russian airborne attack? ” He added.

The former president also thanked the international community for supporting Ukraine in the war, noting that it was “a great demonstration that Ukraine and its people are not alone.”

Former Ukrainian leader Petro Poroshenko waves his hand during a rally near the airport on arrival in Kiev on January 17, 2022.
(Getty Images)

Vitali Klitschko, the current mayor of Kyiv, and his brother Vladimir Klitschko, a retired professional boxer, also joined the Ukrainian military to fight against Russia by writing a post on LinkedIn criticizing Russian President Vladimir Putin.

“Putin wants to question the geopolitical balance throughout Europe, he dreams of being a defender of the Slavic peoples, wherever they live, and he wants to restore a fallen empire, the demise of which he never accepted,” Klitschko wrote.

Prime Day 2022: What we know about Amazon sales

Chipotle’s violation of labor laws will cost them a lot more...