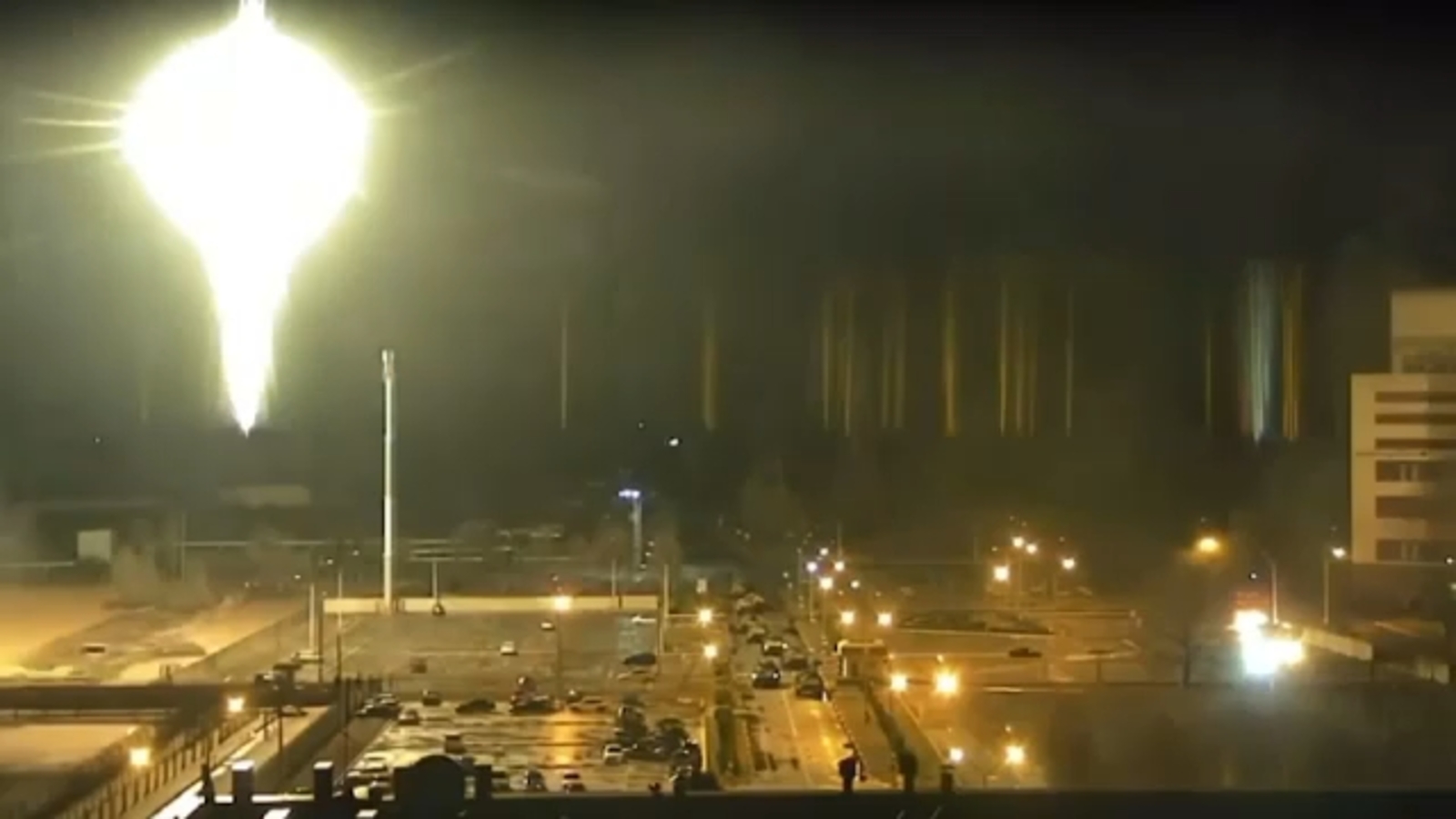 Firefighters put out the blaze and no radiation was released, UN and Ukrainian officials said as Russian forces continued their week-long offensive on several fronts and the number of refugees fleeing the country exceeded 1.2 million.

While a huge Russian armored column threatening Kiev seemed to be stalled outside the capital, President Vladimir Putin’s forces have increased the use of air force by launching hundreds of missiles and artillery strikes on cities and other facilities, and have made significant progress on the ground. in the south. in a clear attempt to cut off Ukraine’s access to the sea.

During the attack on the Zaporozhye nuclear power plant in the southeastern city of Enerhadadar, the head of the UN International Atomic Energy Agency Rafael Mariano Grossi said that the Russian “projectile” hit the training center, not any of its six reactors.

The attack evoked memories of the world’s worst nuclear disaster in Chernobyl in Ukraine. In an emotional night speech, Ukrainian President Volodymyr Zelensky said he feared an explosion that would be “the end for all. The end for Europe. The evacuation of Europe. “

But nuclear officials from Sweden to China said there had been no radiation spikes, as had Grossi.

Authorities say Russian troops have taken control of the entire facility, but plant staff continue to manage it. Only one reactor was running, Grossi said after the attack.

Two people were injured in the fire, Grossi said. The operator of the state nuclear power plant of Ukraine “Energoatom” reported that three Ukrainian servicemen were killed and two were wounded.

The crisis in Zaporozhye unfolded after Grossi earlier this week expressed serious concern that fighting could lead to accidental damage to 15 Ukrainian nuclear reactors at four nuclear power plants across the country.

After the attack, Zelensky again appealed to the West to secure a no-fly zone over his country. But NATO Secretary-General Jens Stoltenberg ruled out such a possibility, citing the risk of a much wider war in Europe.

He said the only way to impose a no-fly zone would be to send NATO planes to ensure its safety by shooting down Russian planes.

“We understand despair, but we also believe that if we did, we would end up with what could end in a full-fledged war in Europe,” Stoltenberg said.

The UN Security Council has scheduled an emergency meeting on Friday to attack the nuclear power plant.

The fire broke out as the Russians continued their offensive in the south. Disabling Ukraine’s access to the Black and Azov Seas in the south will deal a severe blow to Ukraine’s economy and could worsen an already difficult humanitarian situation.

A round of talks between Russia and Ukraine on Thursday led to a preliminary agreement to create safe corridors for evacuating citizens and delivering food and medicine. But the necessary details still needed to be worked out.

The fire at the station was the second since the invasion began, when fears of a potential nuclear accident arose after fighting at a heavily contaminated site of the now decommissioned Chernobyl station.

Faced with outrage around the world, Russia has tried to absolve itself of guilt. Without presenting evidence, Defense Ministry spokesman Igor Kanashenko said that the Ukrainian “sabotage group” set fire to a building in Zaporozhye.

In a recent demonstration by the international opposition against the invasion, the UN’s highest human rights organization voted 32 to 2 to set up a group of experts to monitor human rights in Ukraine. Only Russia and Eritrea opposed it.

Frequent shelling is heard in the center of Kyiv on Friday, albeit more distant than in recent days, with a loud roar every 10 minutes over the roofs.

Adviser to the President of Ukraine Alexei Orastovich said that the fighting with air strikes and artillery continues northwest of Kiev, as well as heavy attacks on the northeastern cities of Kharkiv and Okhtyrka.

The Ukrainian Navy flooded its flagship at the shipyard, where it was being repaired to prevent the capture of the frigate by the Russians, said the Minister of Defense of Ukraine.

Another strategic port, Mariupol on the Sea of ​​Azov, was “partially under siege” and Ukrainian forces were pushing back efforts to surround the city, Orastovich said.

“The humanitarian situation is tense,” he said, adding that the Ukrainian authorities were in talks with representatives of Russia and international organizations to create a humanitarian corridor for the evacuation of residents and food supplies.

As a result of the fighting, the city’s electricity, heat and water systems, as well as most telephone services, were shut down, officials said.

Karmanov reported from Lviv (Ukraine). Chernov reported from Mariupol, Ukraine. Sergei Grits in Odessa, Ukraine; Francesca Ebel, Joseph Federman and Andrew Drake in Kiev; and other AP journalists from around the world contributed to this report.

Loupedeck is aiming for live broadcasts with the new Loupedeck Live...

Trump decided to face the music on the side of the...