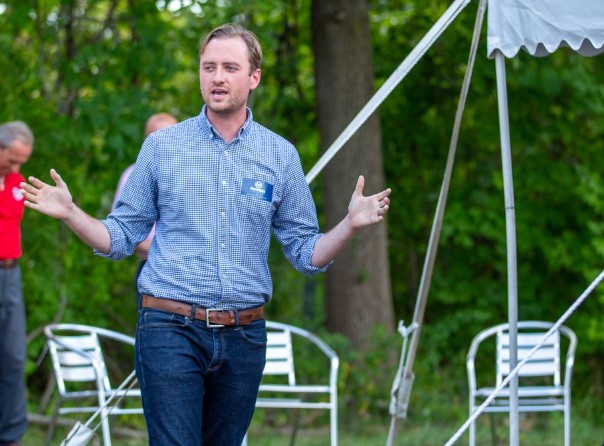 Mowers, a former aide to Gov. Chris Christie who ran twice for Congress in New Hampshire, and his new firm will allow him to maintain his own political organization there, an asset of immense value to Republicans intent on keeping the state as the first in the national presidential primaries.

His firm’s strategic advisory board leverages contacts he made while serving in the Trump administration and as a senior State Department official. Mowers began his career as a junior staffer for the New Jersey Republican Party and moved to New Hampshire after the 2013 election to serve as executive director of the state Republican Party and then as Christie’s campaign manager.

“Valcour is a full-service global strategy firm that helps clients shape public policy, political opinion and the media,” Mowers said. “We bring experience from the highest levels of government, political campaigns, international affairs and media, as well as an unparalleled network of bipartisan relationships from 50 countries and multiple continents.”

Valcour will be a bipartisan firm, with former Obama administration official Joel Rubin. Rubin was director of Jewish outreach for Bernie Sanders’ 2020 presidential bid and served as deputy assistant secretary of state for legislative affairs. Valcour also includes Scott Merrick, who worked on the 2020 presidential campaigns for Amy Klobuchar and Joe Biden and was deputy state director for Democratic U.S. Sen. Jeanne Shaheen for seven years.

Jaime Figueras, a former state director for Trump and Pence in Florida in 2020 and most recently the director of national Hispanic engagement for the Republican National Committee, has also joined Mowers’ firm.

Queen Latifah fans, even though she is dead, not Queen Elizabeth...