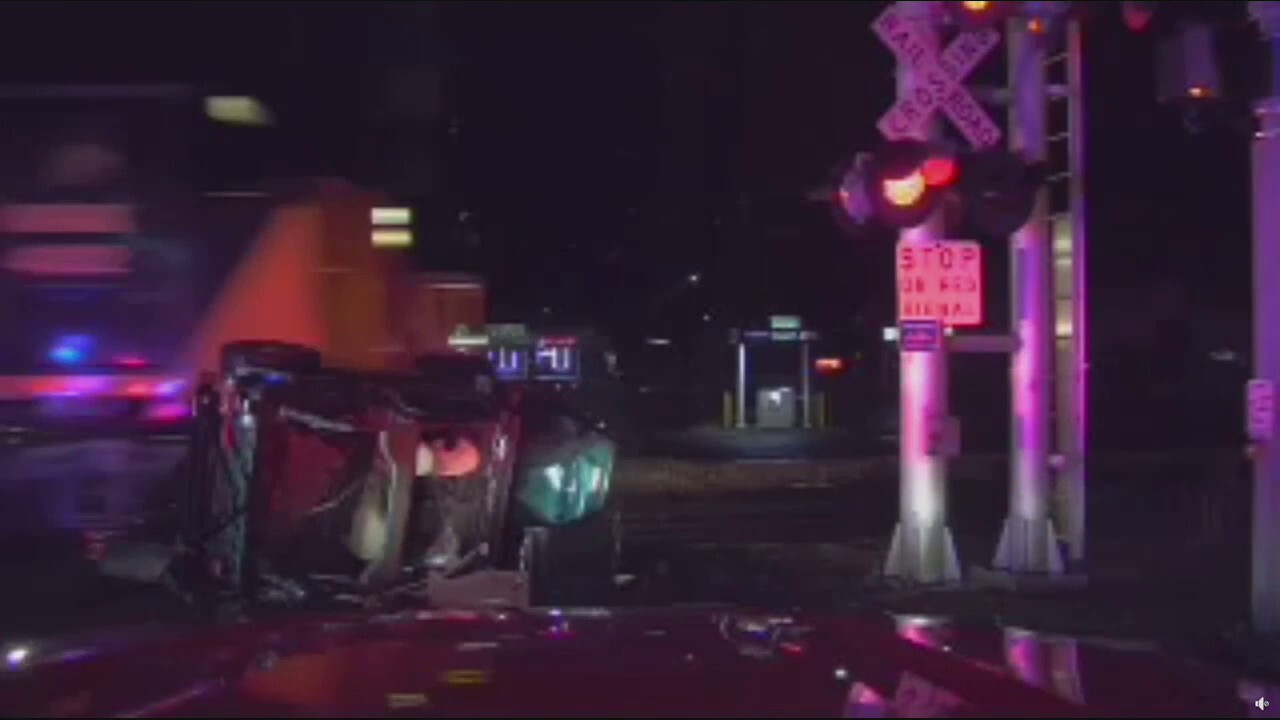 Firefighters in Michigan A race to pull a man to safety after a car crash that left his car flipped onto its side into the path of an oncoming train was captured on video, officials said.

Portage police and firefighters responded around 6:20 a.m. Friday to a report of a two-vehicle crash at the intersection of Shaver Road and West Center Avenue. Portage Department of Public Safety said.

First responders arrived to find a Chevy Cruz with heavy front-end damage and a Jeep overturned on its side and resting on the railroad tracks at the intersection.

The driver of the Jeep was still inside the vehicle and unable to move due to back pain, authorities said.

Two firefighters pulled the injured train driver to safety minutes before a train ran over his overturned car.
(Portage Department of Public Safety)

“Firefighters, realizing what was about to happen, quickly recovered the driver of the Jeep, pulling him to safety seconds before the southbound train entered the intersection and struck the vehicle,” the department said.

The train dragged the car several feet until the car hit a utility pole.
(Portage Department of Public Safety)

The police said that the cause of the car accident is being investigated.

Cities are facing a crisis as fewer children enroll and fewer...

In Hungary, foreigners pay more for gas. This risks fighting...

Amber Heard interrogated about drug use after accusing Johnny Depp of...