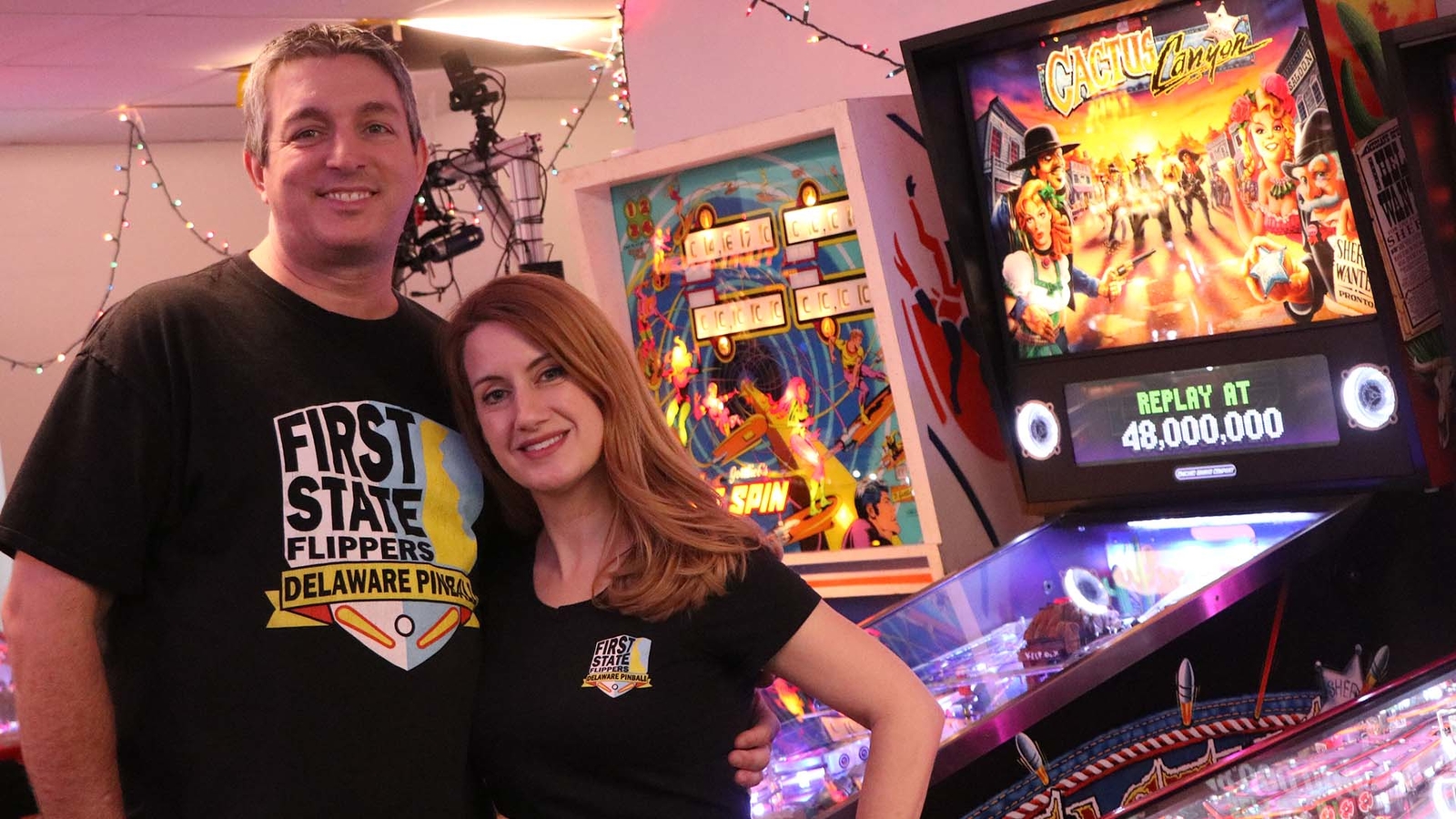 STANTON, Delaware (WPVI) — Pinball has been a favorite and addictive game for decades.

“My mom ran the arcade, and I grew up around the arcade when I was about 9, 10, 11 years old,” said Chad Hastings of Magnolia, Delaware. “So I’ve been playing arcades and pinball all summer.”

Despite this, Hastings only discovered pinball in 2015, when he and his fiancee Mariana Pangia decided to purchase a machine for themselves.

“We reached out to see if anyone in the area knew how to fix them,” Pangia said. “We had no idea it was actually a huge thing.”

The couple ran into several people with a large personal collection of pinball machines who offered to host local tournaments. Then they were able to register the state of Delaware in the International Flip Pinball Association (IFPA).

“We started doing tournaments out of our basements and they got so big that we felt we needed a bigger venue,” said Pangia, who is now the state representative for women’s pinball in Delaware.

That dream came to life in 2022 with the start of the Delaware Pinball Collective. The non-profit organization is located near Newport, Delaware and is open for free play to members five days a week.

For the pinball couple, this is just the beginning of an ever-expanding community of casual and competitive players.

“There are people who have been playing competitive pinball since the 90s. So they’ve seen a lot more growth than I have,” Chad Hastings said. “But only in the last two or three years has the growth been rapid. And it will continue.”

To learn more about the Delaware Pinball Collective, visit their website.

RELATED: How a father of 12 grew a boxing community out of his garage

Socio-emotional training Family night was a success in Metuchen