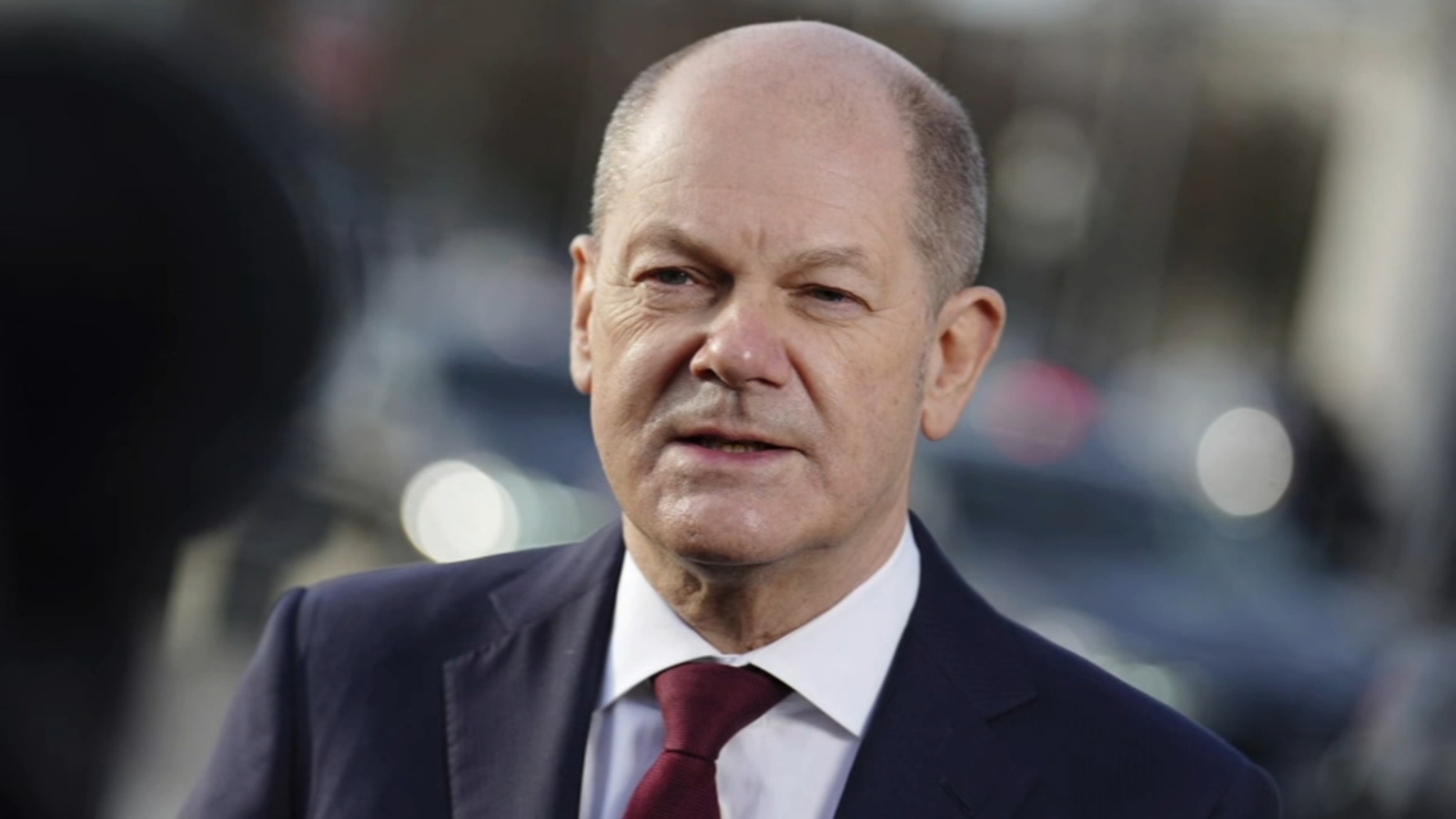 Scholz plans to continue moving to Moscow, where he will try to persuade Russian President Vladimir Putin to step down.

U.S. officials warn that Russia could attack this week. Moscow denies having such plans, but has gathered more than 130,000 troops near Ukraine and, according to the United States, has amassed enough firepower to launch an attack in a short time.

Due to growing fears that war might be imminent, some airlines have canceled flights to the Ukrainian capital, and troops there have unloaded fresh consignments of weapons from NATO members on Sunday. The United States, Britain and other European countries have told their citizens to leave the country, and Washington has also pulled most of its staff from the embassy in Kiev.

Ukraine’s Air Traffic Safety Agency has issued a statement declaring airspace over the Black Sea a “potential danger zone” due to Russian naval exercises and recommending that planes avoid flying over the sea on February 14-19.

The United States and its NATO allies have repeatedly warned that Russia will pay a high price for any invasion, but sometimes they are struggling to represent a united front. Scholz’s government, in particular, has been criticized for refusing to supply lethal weapons to Ukraine or for what sanctions it will support against Russia, raising questions about Berlin’s determination to oppose Moscow.

Thus, the Chancellor’s visits this week will be closely monitored for signs of deviation from the message of Washington and other NATO allies.

So far, these warnings do not seem to have had much effect: Russia has only stepped up its troops and weapons in the region and launched mass exercises in its ally Belarus, which also borders Ukraine. The West fears that the exercises, which entered a crucial phase last week and will continue until Sunday, could be used by Moscow as a cover for an invasion from the north.

Moscow wants assurances from the West that NATO will not allow Ukraine and other former Soviet countries to join as members, and that the alliance will stop deploying weapons in Ukraine and withdraw its forces from Eastern Europe. The United States and NATO have categorically rejected these demands.

Some observers expect Moscow to eventually accept a compromise that will help avoid hostilities and allow all sides to save face. While NATO refuses to close its doors to Ukraine, the alliance also has no plans to host it or any other former Soviet country any time soon. Some experts have voiced ideas such as a moratorium on NATO enlargement or Ukraine’s neutral status to defuse tensions.

Ukraine’s ambassador to Britain, Vadim Pristaiko, seems to have suggested just such a middle ground, telling the BBC on Sunday that the country could abandon its goal of joining NATO – a goal enshrined in its constitution – if it were to prevent war with Russia.

“We could – especially we were so threatened, blackmailed and pushed to do so,” – said Pristajka BBC Radio 5.

However, on Monday Pristaika apparently refused to do so, saying that “to avoid war, we are ready for many concessions … but this has nothing to do with NATO, which is enshrined in the constitution.”

In an hour-long conversation with Putin, US President Joe Biden said the invasion of Ukraine would cause “widespread human suffering” and that the West was seeking diplomacy to end the crisis but was “equally prepared for other scenarios,” the White House said.

Biden also spoke with Ukrainian President Volodymyr Zelensky for about an hour on Sunday, agreeing to continue to insist on both restraint and diplomacy to try to prevent a Russian offensive.

As before, Zelensky sought to downplay the inevitability of the conflict, noting that Kiev and other Ukrainian cities are “safe and secure.”

A call from his office also cited his view that Biden’s quick visit would help de-escalate the situation, a testament to Zelensky’s hope that the U.S. leader could indeed come. This possibility was not mentioned in the White House summary.

“I am convinced that your visit to Kyiv in the coming days, which is crucial for stabilizing the situation, will be a powerful signal and contribute to de-escalation,” Biden was quoted as saying by his office.

The Biden administration has increasingly spoken out about its concern that Russia could create a false excuse to invade in the coming days.

Thanks, Will Barton – Denver Steefs

Sirtfood diet: what is it and is it safe?