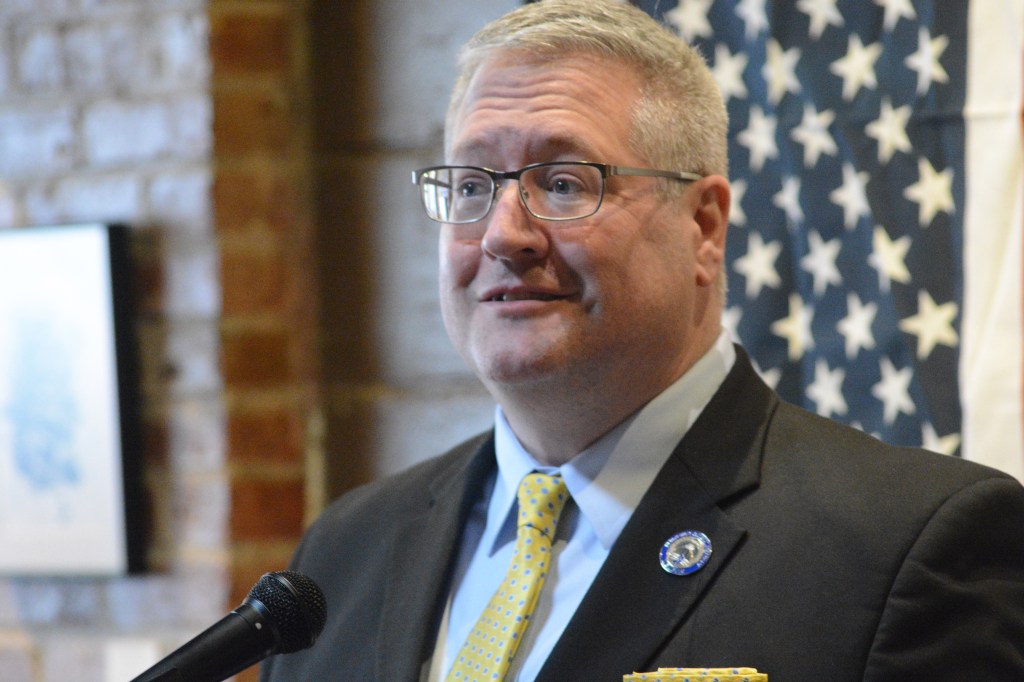 The Mercer County Democratic Party convention will be held March 5 at the Hyatt Regency Hotel in West Windsor. Voting is done by secret ballot and may be present.

My crystal ball tells me that Brian Hughes faces a huge challenge and that it is highly unlikely that he will receive more votes than Assemblyman Dan Benson at the upcoming convention. The only open question is whether he can get the 40% needed to be included in the same voting column as a party-line candidate in the June primary. The answer is probably no. If he doesn’t cross the threshold, Brian Hughes will face an uphill task breaking the party line in the primary against a younger, more experienced candidate with broader support among party and elected officials and a compelling message.

In order to win the primary, Brian Hughes will need to convince voters that he has provided the district with quality public service for the past two decades and that his steady, low-key style is the best choice for Mercer’s future. He will also have to deal with the fact that he lacks the stamina and energy needed for another term, and is running more to protect others than out of a burning desire to run the district for another four years. In addition, he will have to face the question of why so many political leaders and elected officials have abandoned him and supported MP Dan Benson – and why young blood will not be a good thing for county government.

To overcome all these barriers, Brian Hughes will need to raise a lot of money to identify residents who use the various services provided by the county government, such as the library system, golf and tennis courts, parks, airport, electricity, etc. . the charging stations that were installed, the bridges that were replaced, the roads that were repaired, and the tracts of land, such as the ridge in Princeton, that were preserved, and then confirm that it has been exemplary in those areas.

In the meantime, the Hughes administration should be careful about where they raise campaign funds. They should avoid the perception that their funds are coming from county vendors/outside contractors, especially those with political connections.

Dan Benson, on the other hand, will have to make a case for why the voters should retire Brian Hughes and support him. He will need to describe how running the county under Dan Benson will be different and better than it was under Brian Hughes. In a recent interview with Dan Benson, he spoke positively and convincingly about the new ideas, thoughtful innovation and collaboration he will bring to county government. Benson has a good command of his facts and his message is extremely positive and comprehensive.

Benson said Mercer County has a unique opportunity with increased federal funding to do a number of innovative things when it comes to the county’s education, climate change, transportation, housing, economic development, energy issues and infrastructure improvements. He emphasized that he will strive to ensure that county government works for the benefit of all Mercer County residents by improving access to services and expanding the range of services.

Benson noted that the Hughes administration “missed various opportunities” and that the administration “lacks transparency and openness” and has been “self-indulgent” on various issues. He cited the county’s lack of leadership regarding the COVID-19 pandemic as an example.

When asked to name some specific areas of innovation he would like to explore, he mentioned continuing to use the Mercer County Improvement Authority to improve the quality of life of municipalities throughout the county by leveraging their bonds, loan guarantees and other uses for housing and health projects . . He also talked about more investment in Mercer County Community College’s Trenton campus, expanded public-private partnerships and more equitable access to transportation.

The only potential hurdle Benson faces in the primary is that he is less well-known in the 15th Legislative District (Ewing Township, Hopewell County, Hopewell Township, Lawrence Township, Pennington County, Trenton City and West Windsor Township ) than in the 14th district. (East Windsor, Hightstown, Hamilton and Robbinsville) where he is both well known and loved, having successfully campaigned door to door on many occasions. In addition, Benson’s campaign must overcome the fact that two key elected officials have endorsed Brian Hughes – 15th District State Senator Shirley Turner and Congresswoman Bonnie Watson-Coleman. Expect Brian Hughes to highlight this in campaign newsletters, social media and billboards.

In summary, the only open question at the Democratic convention is whether Brian Hughes will be able to meet the 40 percent threshold to be placed in Mercer’s Democratic column. Otherwise, his name will appear in the adjacent column without the Mercer Democratic Party label. Hughes’ chances of winning an off-election primary are very slim given the comprehensive coalition that Dan Benson has assembled across the district and his overwhelming support in the 14th District.

But so were Brian Hughes’ father’s chances in the 1961 gubernatorial race to defeat his Republican opponent, Eisenhower Secretary of Labor James Mitchell. Richard Hughes won a huge upset because he was a tough campaigner.

To even be competitive in the primary, Brian Hughes will have to run a very vigorous, issue-oriented campaign. He would have to “tell what I’ve done for their cities,” Hughes explained to me in an interview. I believe this is a difficult task, as county government in general is invisible to most voters.

Irwin Stolmacher is president of Stoolmacher Consulting Group, a fundraising and strategic planning firm that works with nonprofits serving the truly needy among us.

The wrestling and football star transferred to Virginia Tech