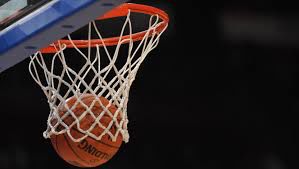 The Colonial Valley Conference announced its end-of-season awards for boys and girls in basketball.

In youth basketball, Brian Herbert of Robbinsville was named League of the Year player, and Chris Raba of Nottingham was named Coach of the Year.

Herbert, over 6 feet 4, leads the CVC with 18.9 points per game and also averages about nine rebounds for the Robbinsville (19-7) team, which will play Saturday in the semifinals (Central Jersey Group). for the first time in school history.

The slave led Nottingham (19-8) to greater success than anyone expected, after the team finished nine seniors last year. The Northstars reached the semifinals of the Mercer County Tournament and the quarterfinals of Group II Central Jersey before the end of the season.

Stokes, a second-year guard with a height of 5 feet 8, leads Ewing with 18.3 points and seven assists per game.

Manferrat helped Ewing (23-1) dominate the season, including the first in the program since 1992 Mercer County title. On Saturday, the “Blue Devils” will host the “Colts Neck” in the semifinals of Group III of Central Jersey at number 1.

Here is the full selection of the first team, the second team, the third team and the honors in basketball for boys and girls, for which the CVC coaches voted.

In most cases, organizations working for renewable energy certificates do not...

Winnie Harlow wants people to focus on more than her skin...

The Yankees dominate the Cubs for 7 RBI Carpenter’s Goal ...