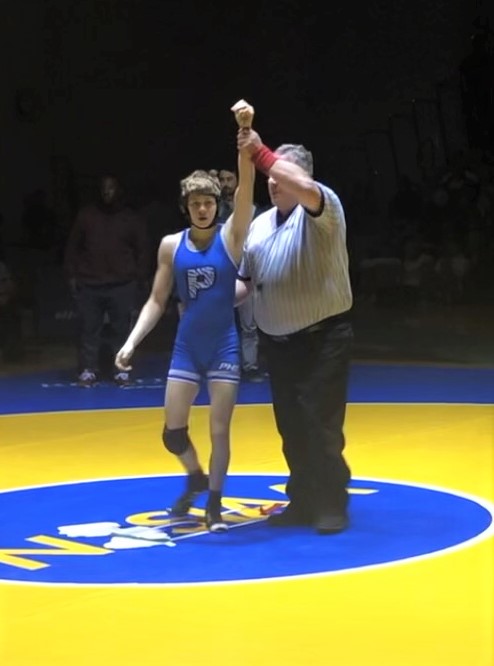 PHILIPSBURG – Although Mercer County has had limited success when it comes to releasing state wrestling champions for boys, the same is true for girls.

Ava Rose, a junior at Princeton High School, became the last girl to win the state crown when on Sunday at Philipsburg High School she impressively won the 114-pound championship at the NJSIAA Girls ’Championship.

The Rose state title highlighted strong performance over more territory as she also won the state championship from Lexi Matsela of Bordentown at 132 pounds. In addition, Callie Roscas of Delran was second out of the 120th.

After finishing second in the state last year as a freshman and becoming 0-2 in the states last year, when it was later revealed that she suffers from anemia, Rose left no doubt.

After winning the quarterfinals, Rose advanced to the final 7-2 over North Jersey regional champion and seasonal training partner Valerie Maldonado of Somerville.

Seeking to undo the loss of a week ago, Lerner immediately shot a double leg, but Rose was able to disperse and come to a takedown. She then scored backpoints by tilting and finishing off Lerner with a deep half near the edge of the circle.

In short, it was Rose’s complete dominance that pressed all but one girl she faced this year, and all of those falls were in the first period. Lerner ended the year 28-2, both losing to Rose.

Rose’s triumph came for the fourth year in a row when a girl from Mercer County and Princeton High School won the state title. The last three years Chloe Ayres has finished at the top of the state behind the Tigers.

Rose finished the year with a perfect score of 8-0 against the girls. Her record against the boys was even more open when she went 19-5 and finished fourth in the Mercer County Tournament, equating Ayers for the top spot among girls in the MCT.

“I worked hard all year to make it happen. I practiced eight times a week. I lifted four weights four times a week in season and five times a week in the off-season. I knew it had to get better because the competition got a lot better. The girls’ fight in New Jersey has really improved. “

Masella became the first state champion of both Bordentown with an impressive 13-3 decision against Olivia Palmer of Timber Creek.

The senior, who finished the year with a 12-3 record, Mazella lost to Palmer in the regions, but on Sunday controlled everything. After repelling a couple of Palmer’s early shots, Matsela dominated on his feet and also posted backpoints to bring the title back home.

In other results involving Mercer County, Shelita Collins of Ewing was able to win two qualifying bouts and eventually finished fifth with a weight of 235 pounds in her first appearance in a state tournament. In her last bout of the day Collins scored: 43

Sophomore Shelita Collins is the younger sister of former great Ewing Lavinski Collins, who finished fourth in the state in 2018.

Thai officials admit there were too few life jackets on board...

The Alentown District Council has adopted the municipal budget for 2022