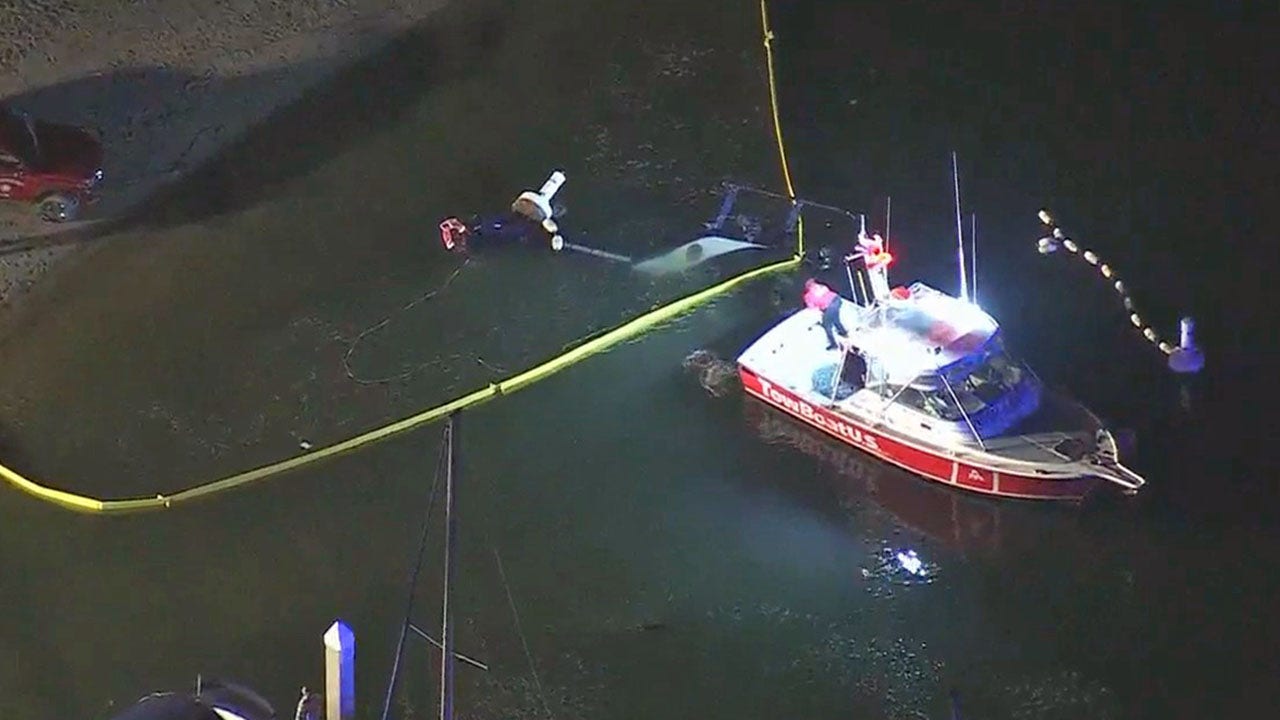 Huntington Beach, Californiaa police helicopter crashed into the water in Newport Beach on Saturday night, two pilots were rescued and taken to the emergency room.

“We can confirm that our HB1 police helicopter made an emergency landing in the Newport Beach area,” the statement said. “Rescue efforts are underway and more information will be released when available.”

A Florida helicopter crashed into the ocean near a crowded beach

Dozens of witnesses in Newport Beach saw the helicopter crash around 6:45 p.m., according to KCBS-TV in Los Angeles.

The helicopter was visible between Lida Island and the Balboa Peninsula, the station said.

The cause of the disaster was not immediately known.

Two people were also hospitalized in the Florida disaster, the report said.

This is an evolving story. Stay tuned.

Shooting in South Philadelphia: 18-year-old killed while driving an SUV with...

WWE Moonsault NFTs: Hell in a Cell Collection could bring in...